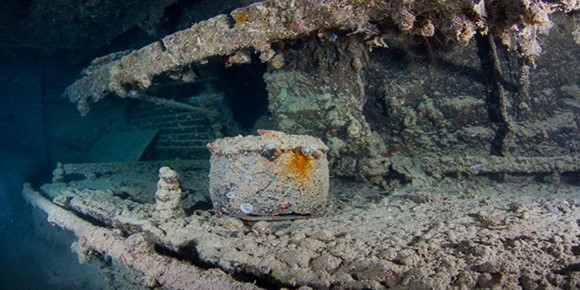 Due to the mostly prevailing north current there, she was lying almost exactly with her bow aligned to the north on the port anchor. The attack must have come very unexpectedly on the unarmed coal freighter.

A bomb hit on the starboard side at the level of the rear hold caused the ship to sink rapidly. Today, the Rosalie Moller stands upright in a north-south direction on her keel, which lies at 50m on a firm sandy bottom.

The Rosalie Moller is a unique experience, even if the visibility at the wreck is often very poor (for the conditions in the Red Sea), not only due to the depth (the upper deck is at 30m).
It is certainly not suitable for beginners, as every dive goes hard to the DEKO limits and the ascend on the rope is a conditioning exercise with the often prevailing swell and current.