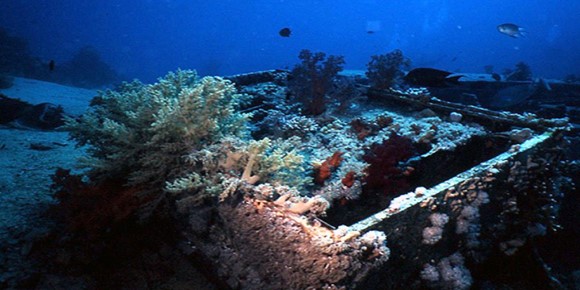 At a depth of between 25 and 10 meters you can find the remains of the Jolanda, a Cypriot cargo ship that sank here on its way to Aqaba in the night from April 1 to 2, 1980.

Containers, toilets, bathtubs, wallpaper, boxes of whiskey and even a BMW 320 that belonged to the captain are spread across the entire plateau.
The ship, which partially protruded above the water surface and was in an unstable position because the bow was stuck vertically in the ground, was pushed by the waves to a depth of 50 meters in early 1987 and disappeared on March 15 of the same year during a violent sea storm in the blue underneath.